Last Chance – On July 9th Your Internet Might Crash

Last Chance – On July 9th Your Internet Might Crash 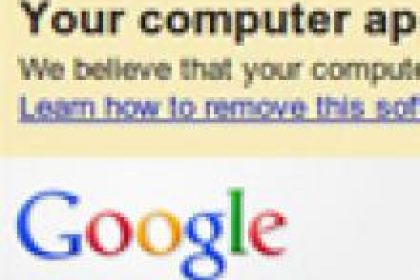 There’s well known malware around (called DNSChanger) that could boot you from the internet on July 9th. It’s really not even malware anymore, and I’ll explain that more shortly. It won’t do much else than that. The hard part will be that once you’re disconnected; how will you figure out how to get it corrected? This malware, if infected, has changed the way your computer surfs the internet, by using a different set of DNS IP Addresses. You can find out more about this from PCWorld; DNSChanger Malware Set to Knock Thousands Off Internet on Monday

If you check your IP settings, and determine that you’re using only a DHCP generated IP address, with no DNS preferences, you’re safe. Most of the major antivirus vendors will detect it. There’s a hand-dandy website you visit that will give you a green light if you’re clean. There’s also Google – just going to google search may warn you that you’re infected. If you’re using corporate antivirus, your IT admin can force scan all systems, saving you the headache of having to check every computer.

Why this isn’t really malware, but why you still need to get it fixed

The DNSChanger was originally malware that did change your DNS settings, and could have potentially caused a lot more damage than it has. However, after it was detected last year, the FBI shut those DNS servers down – and replaced them with temporary, but working DNS Servers. The problem is that the FBI will stop using those temporary servers on the 9th, causing your internet to go down – if infected.

How to scan for it

If you’re a client of CNC, and you’re using our pre-approved Antivirus solutions on all of your systems, you’re probably safe. However, we can and have forced out additional scans to verify clean systems. If you’re not using any antivirus, there’s still help for you;

Simply using google may help identify if you’re infected. Google search tries to find the address you used to reach them, and if they detect the temporary DNS servers due to go down, you may get a warning about the problem.

There’s another website that will attempt to verify the infection. Go here for a check. It will give you a green light if you’re probably not infected.

How to double-check, and clean it

Visit this article from ESET, for more information on how to remove the troublesome DNS addresses from your system.

If you have any questions or concerns, just give us a shout out.