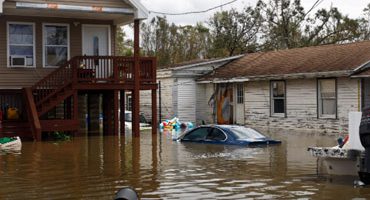 ComSolutions Inc appreciates everyone’s patience as our Southeastern regional team works through the devastating aftermath of Hurricane Ida. With our regional office located in Covington, LA, many of our employees have spent the past few days cut off or displaced while they get thier families to safety, and into a position were they can resume 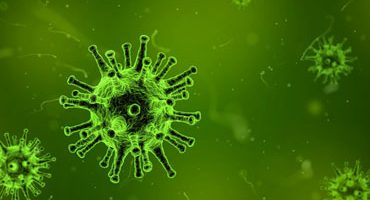 How to Stay in Business During Covid-19 Outbreak

As the situation surrounding COVID-19 continues to evolve, many business owners and employees alike are afraid that they will not be able to continue working as quarantine regulations continue to become more strict.  As the situation has progressed, we’ve found that most of our clients have been able to stay operational despite quarantines by leveraging

Spam filters are our friends.  They help keep us safe from phishing attacks, money laundering schemes, malicious hyperlinks and viruses, boat loads of unwanted ads for umm… “male performance medications”.   We like our spam filters, but sometimes they get things wrong and we need to take extra steps to correct them. Before we get too

What is Ransomware? Ransomware is a kind of virus that prevents you from using your infected computer, phone, or other device.  In most cases, it will encrypt your system preventing you from being able to access your files or other aspects of your machine.  What sets ransomware apart from other viruses is the fact that it is

Google, once again, is excited about social media. But not in the ways you might think; this isn’t about another in a failed string of chat apps, or the knockout success that never was in Google Plus. Instead, it’s an entirely new way of recognizing human faces, and one made possible by — you guessed

What is a Cache Error Anyway?

There are a few common problems in the IT world that you just see over-and-over again to the point that many users are quite familiar with them. Some of them are intuitive like a password lock out or a bad update where you experience a problem, your IT guys tells you what it was, and

With the average American spending 10+ hours a day plugged in, eye health is becoming an increasing concern in our nation. Recent studies show that between 50% and 90% of people who work at a computer screen exhibit at least some negative symptoms as a result. TVs, Computers, Cell Phones, Tablets, and other screened devices

Cybersecurity in 2018 – The Human Element

Many people think of cyber security as a specialized skill set handled by that one smart guy you hire to handle it, but as the world progresses, we find that you can’t just rely on someone else to be your sole gatekeeper for your entire computer system.  As cyber-security experts have gotten better and better

October 16th 2017, US-CERT publicly disclosed a vulnerability at the core of the WPA-2 encryption protocol.  This vulnerability affects nearly every modern encryption configuration used for transmitting information across the internet, especially Linux and Android devices. The KRACK exploit was discovered by security researcher Mathy Vanhoef before it could be implemented for widespread misuse; however, now that this

Hurricane Evacuation for your Business

Evacuation Preparation In light of the storms heading toward the Gulf of Mexico, ComSolutions wanted to share a few reminders to help make things a little easier when an emergency arises. Please note the following.  If you are bringing your server or computer equipment with you or just want to leave it in place,  please